On March 28, 2016, a special commemorative ceremony was held at the Los Angeles International Airport for the specially decorated ANA “BB-8™ ANA JET”. 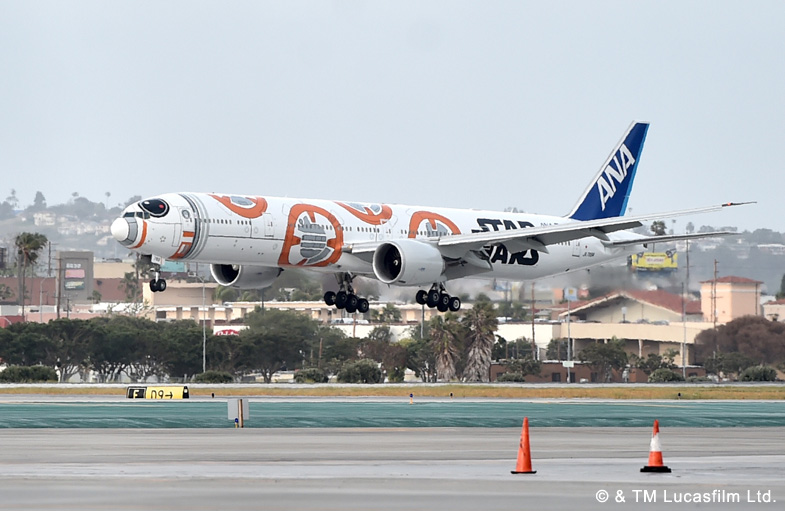 While fans and invitees at the venue waited in anticipation, the “BB-8™ ANA JET” with its huge BB-8 and STAR WARS logos on it arrived at the Los Angeles International Airport! The whole venue was filled with applause and cheers! 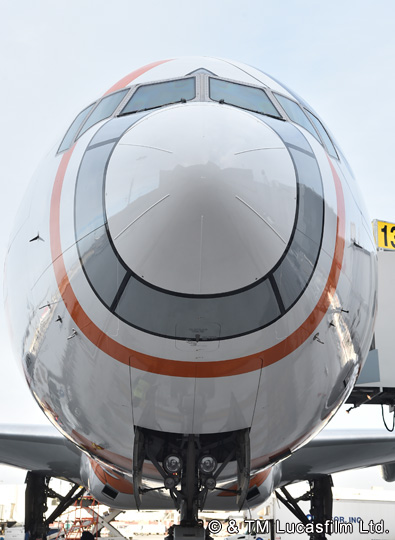 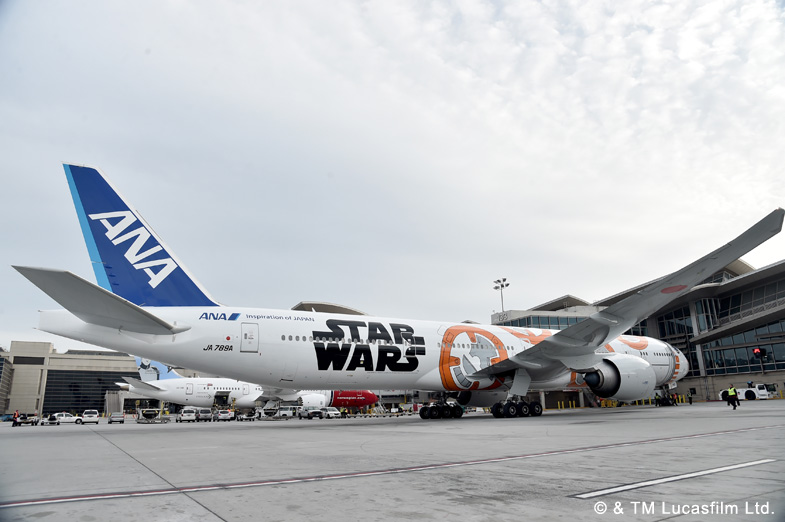 Then, at an event held at the departure gate, the star of the “BB-8™ ANA JET”, BB-8, appeared along with the STAR WARS theme music! 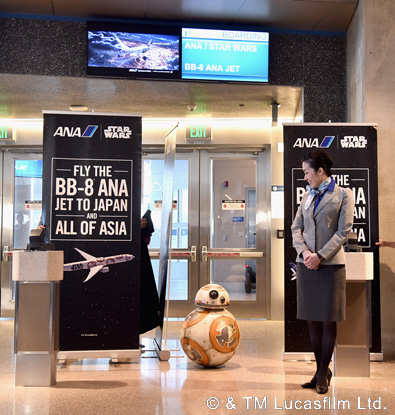 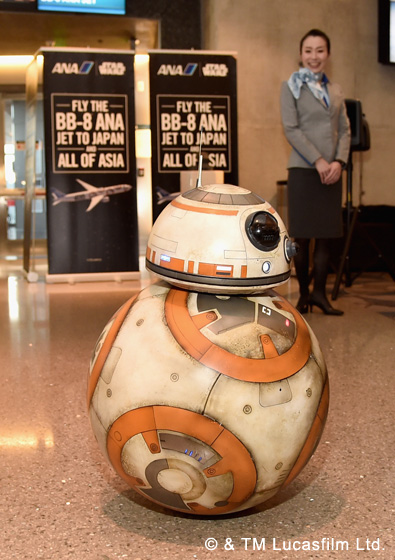 The venue was filled with a STAR WARS theme, including special video of BB-8 and the BB-8™ ANA JET. 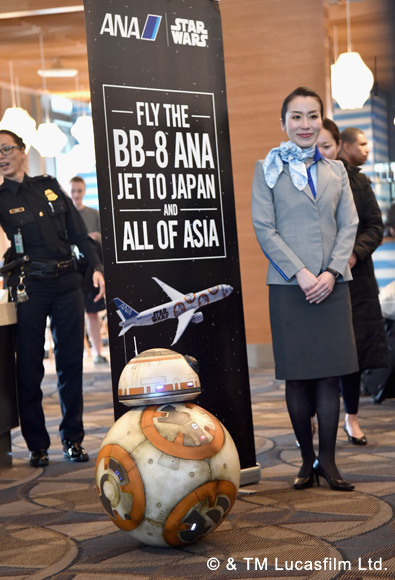 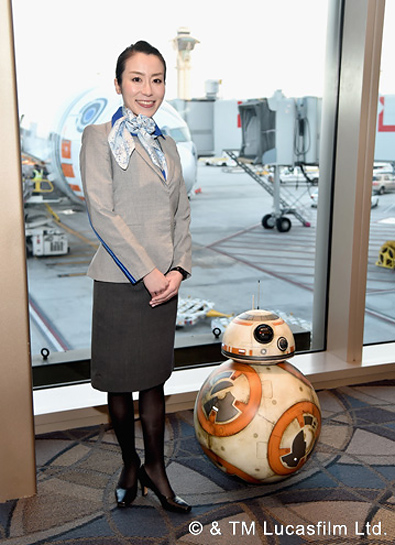 There was a great cheer from the crowd as BB-8 performed in front of them. 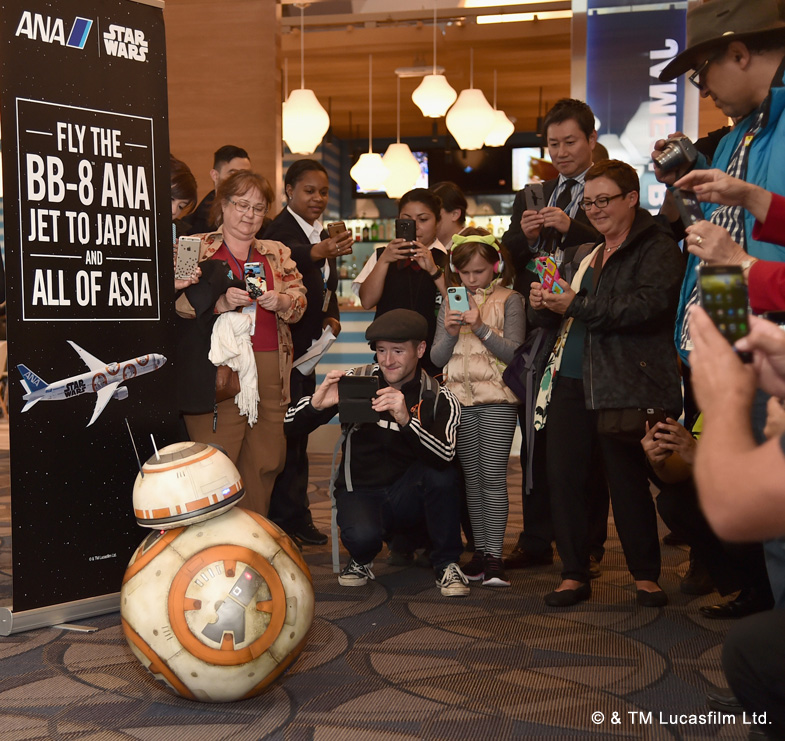 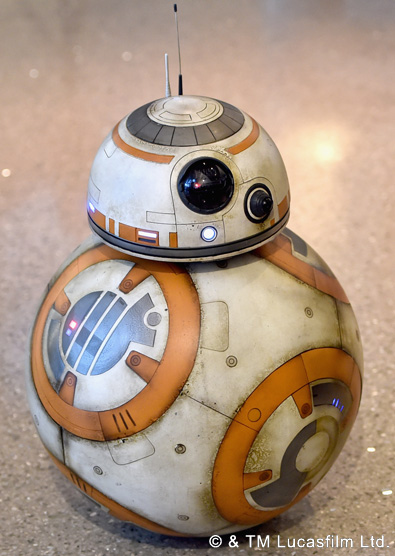 Finally, there was an on-board tour. 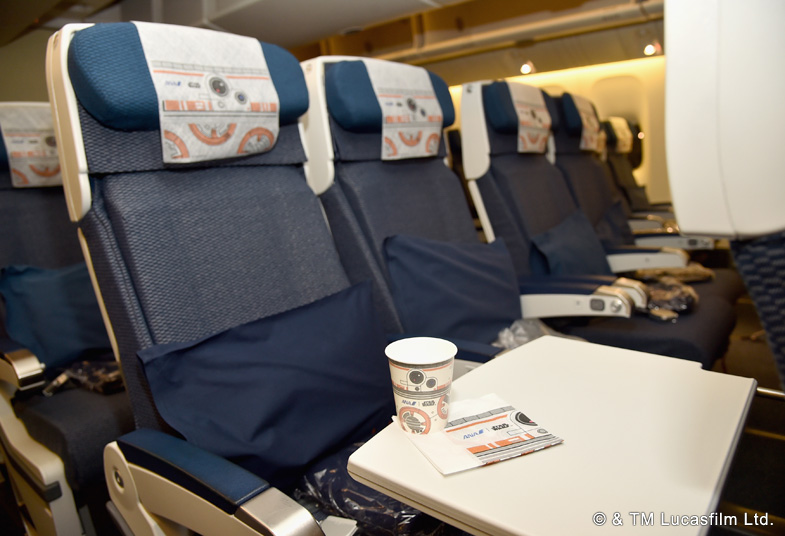 All of the guests fully enjoyed the atmosphere inside of the BB-8™ ANA JET. 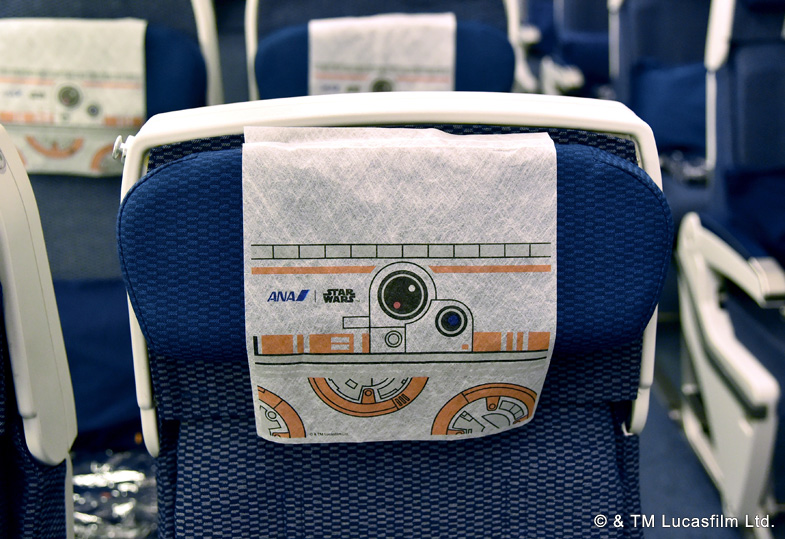 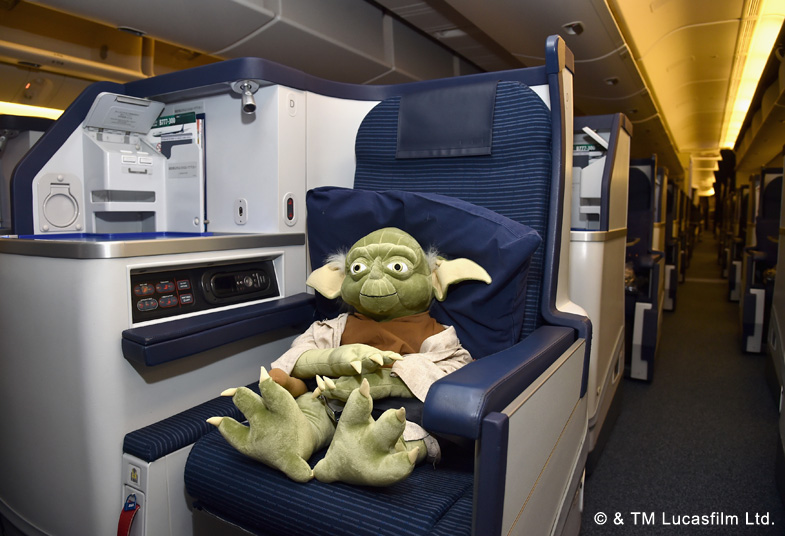 The BB-8™ ANA JET is scheduled to service international routes from Monday, March 28, 2016, following the arrival at the Los Angeles International Airport.
We look forward to welcoming all of you on board. 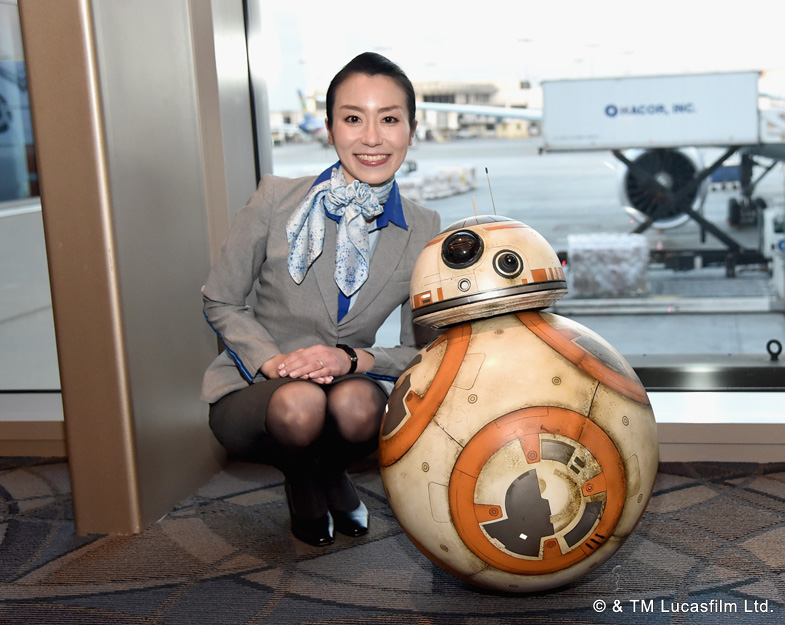 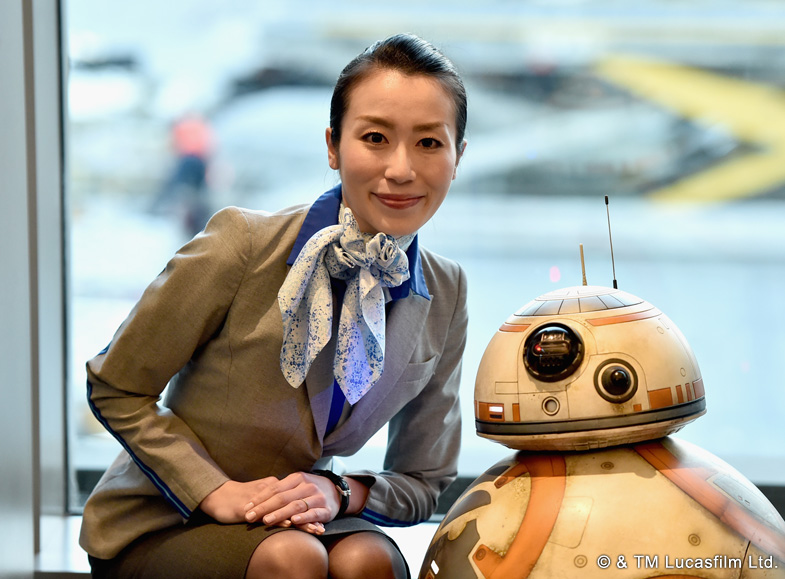