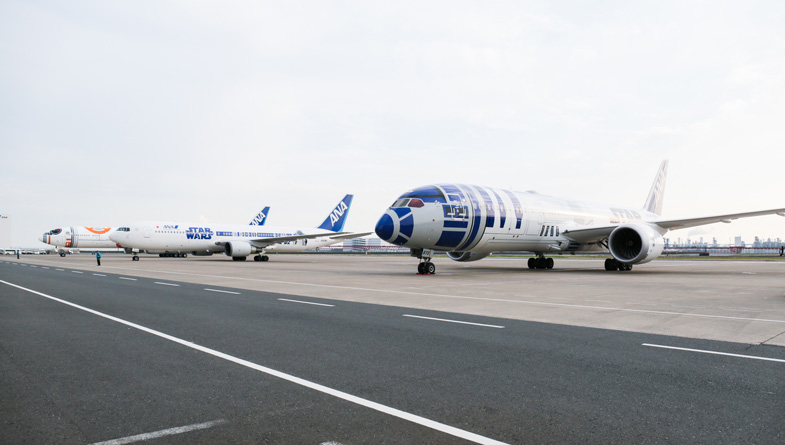 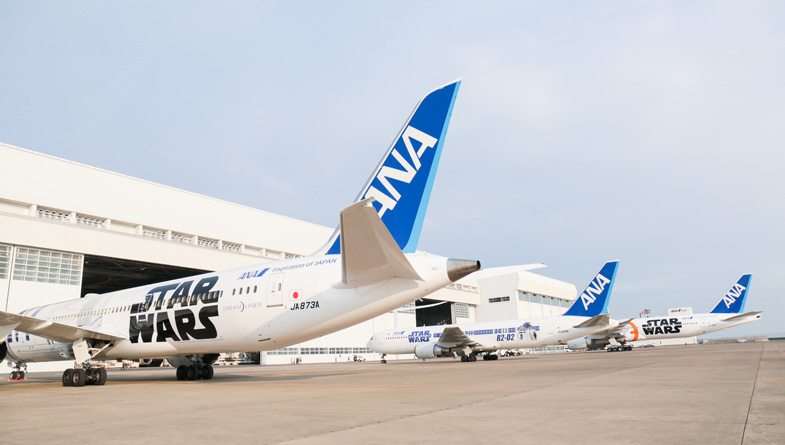 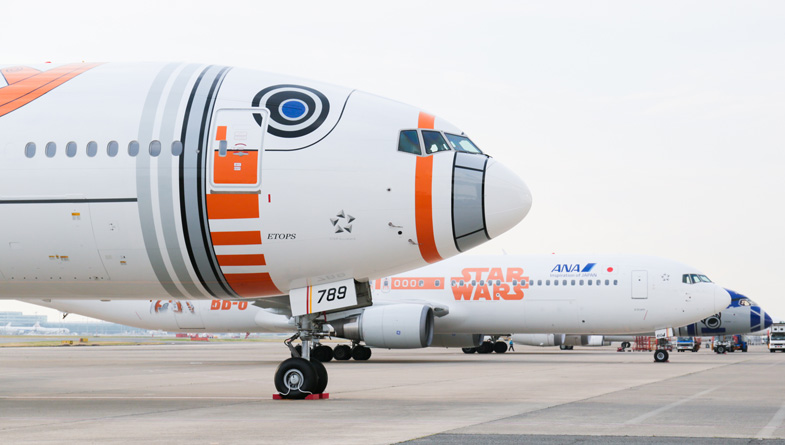 It was truly an amazing sight to see all three aircraft together! 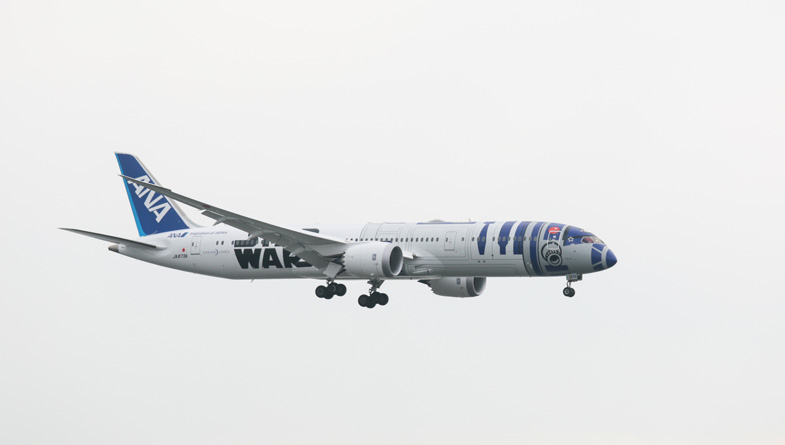 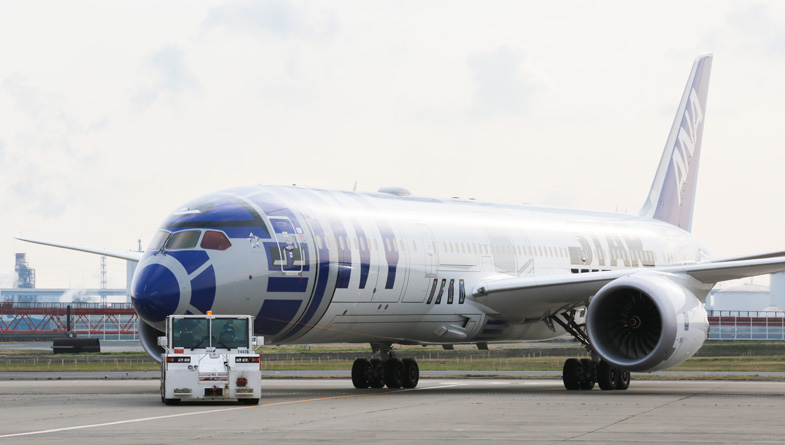 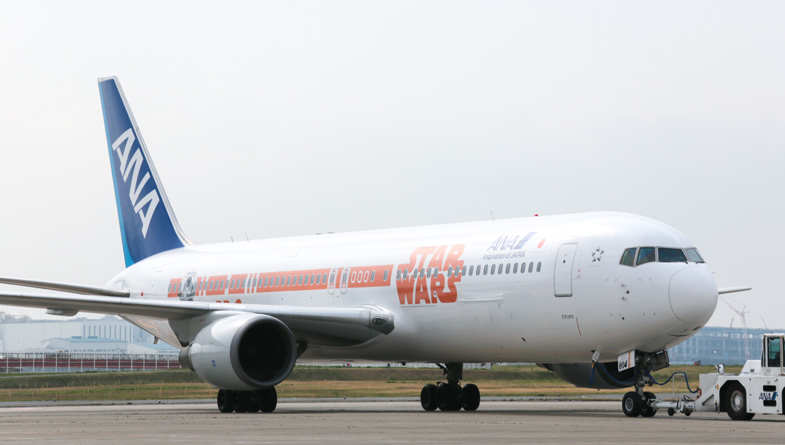 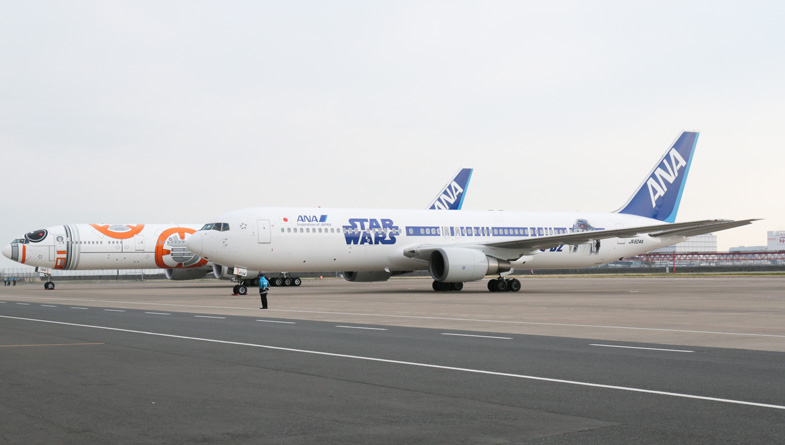 The new “BB-8™ ANA JET” which was just rolled out on March 27 was replete with a BB-8 orange design all over the fuselage. 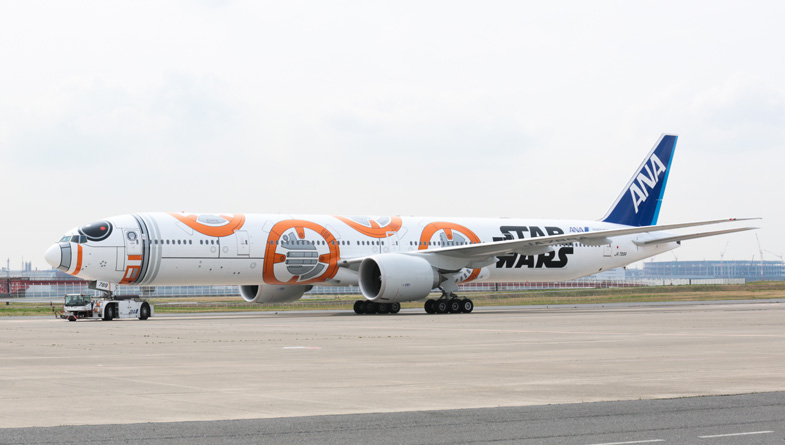 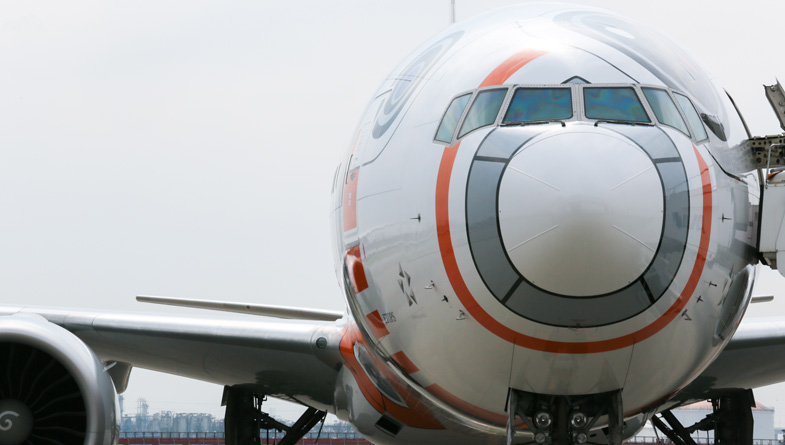 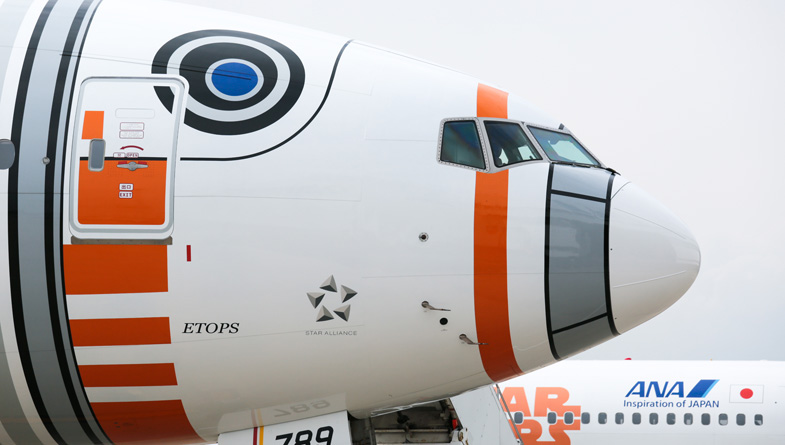 The whole flight was decked out in STAR WARS, with specially designed headrest covers, paper cups and paper napkins! 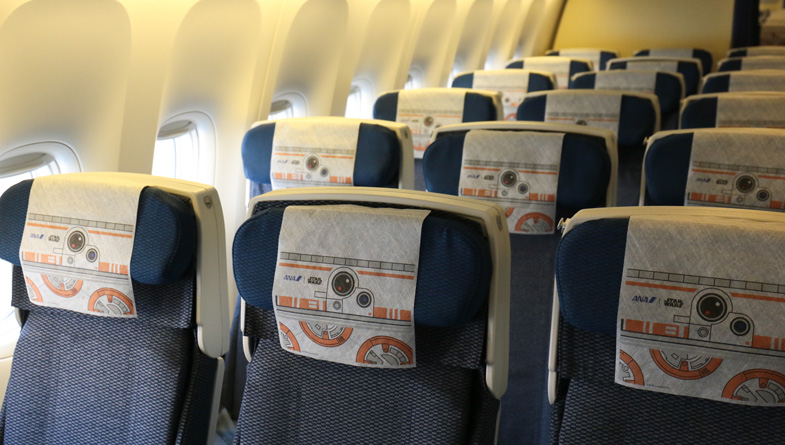 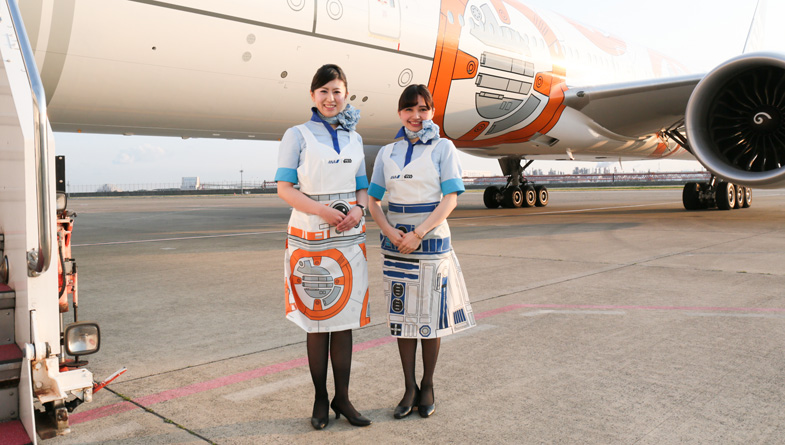 Joining the “R2-D2™ ANA JET” and “STAR WARS™ ANA JET” which began service from the autumn of 2015, the “BB-8™ ANA JET” will also begin service on March 28, 2016, making three specially decorated aircraft connecting the skies of Japan with the rest of the world. 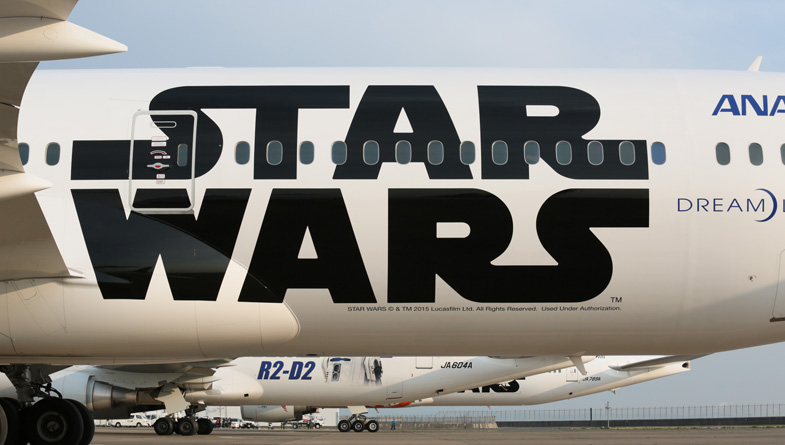 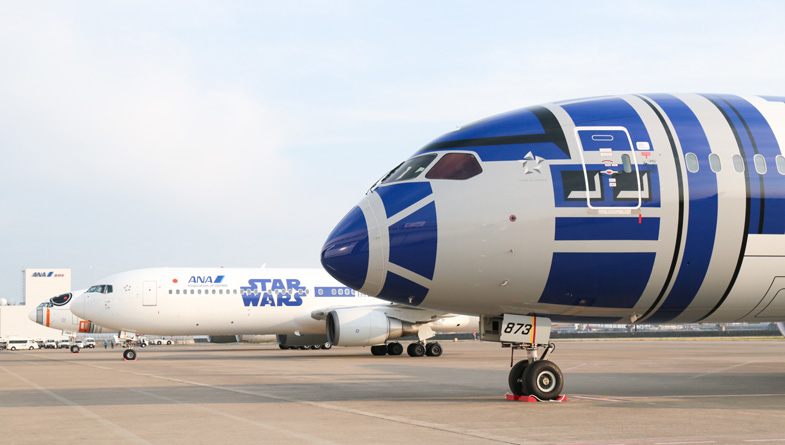