An ANA STAR WARS™ Project press conference was held at ANA INTERCONTINENTAL TOKYO on August 18. It was sponsored by ANA (ALL Nippon Airways).
At the press conference, ANA President and CEO Osamu Shinobe talked about the birth of the project as well as what STAR WARS™ meant to him. 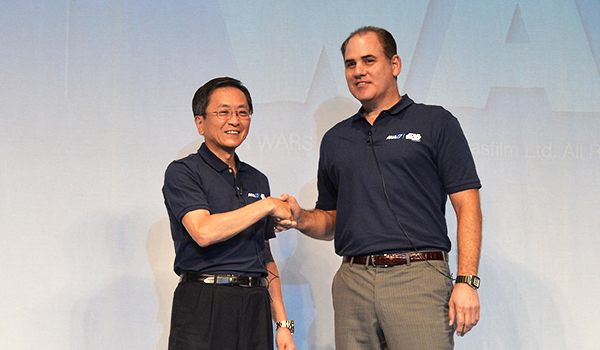 Next, The Walt Disney Company Japan CEO Mr. Paul Candland, a partner of the project, talked about his enthusiasm for it.

A new event was also announced at the press conference – “Be the First to Fly on the R2-D2™ ANA JET!” to be held on October 17 at Haneda Airport (Tokyo International Airport).

After the Fan Appreciation Flight event on Saturday October 17, R2-D2™ ANA JET is scheduled to go into service on international routes.

The second step of the ANA STAR WARS™ Project was taken with the unveiling of new plane designs. As conference guests waited in anticipation, special guests C-3PO and R2-D2 arrived and joined the celebration. 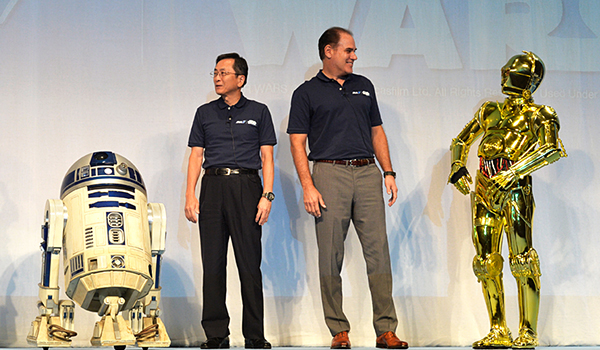 C-3PO and R2-D2 joined the conference to celebrate. 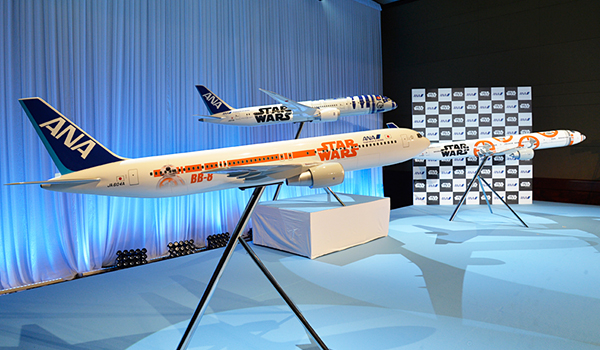 With C-3PO and R2-D2 at the press conference, it was time to announce the new plane designs. The lights went off, STAR WARS™ theme song played and the silhouettes of three jets appeared. A black curtain dropped and the original R2-D2™ ANA JET revealed itself next to the all-new BB-8™ ANA JET and STAR WARS™ ANA JET. 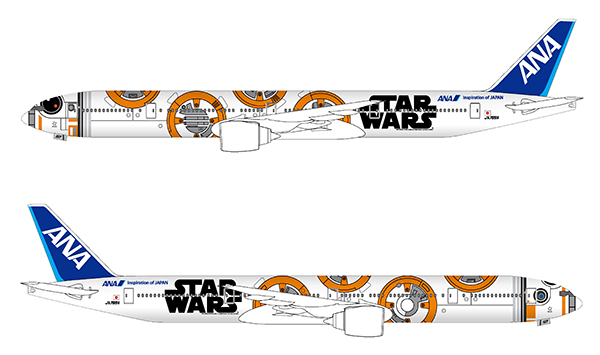 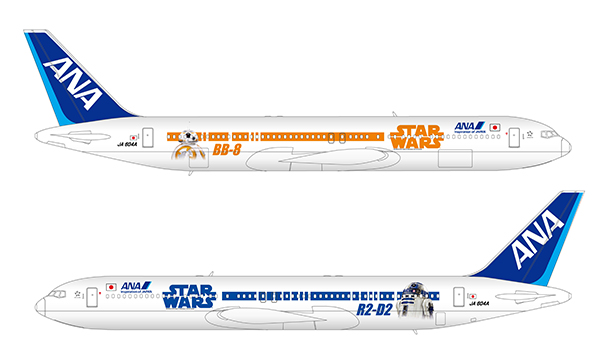 Lastly, a highlight of the press conference. In the final photo session, Mr. Shinobe presented the miniature jet to Mr. Candland. 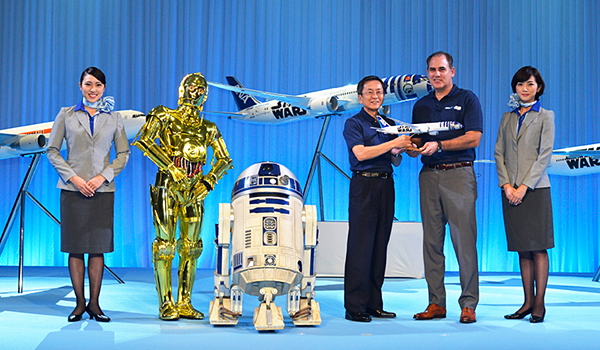 Further information on the ANA STAR WARS™ Project and unique jet designs will continue to be posted on this website.
Visit back frequently for new updates!